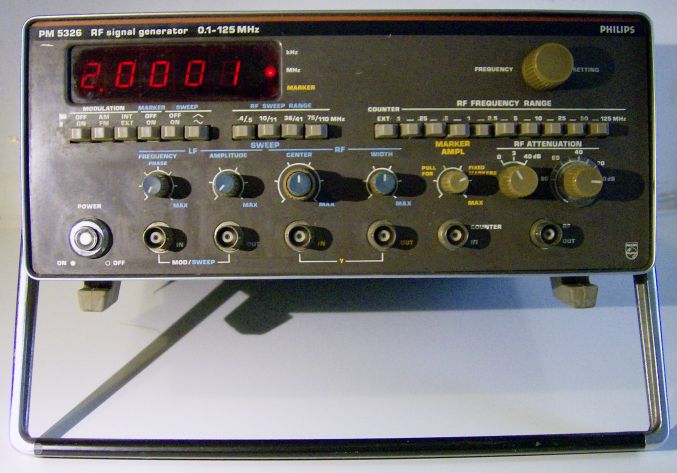 If memory serves me right, this had been the first piece of gear that I repaired.

I bought it at a fair as “not working”. Both me and the seller agreed that the repair had to be easy and easy it was.

The counter of the unit worked but there was no output. If the counter worked, the oscillator had to work. A quick probe with an oscilloscope confirmed this (I downloaded a pdf copy of the service manual so I knew exactly where to probe).

I read that the reed can become magnetized. As the terminals of the reed switch inside the relay were not only soldered but also angled I couldn’t change their position without breaking the glass.

There was no chance to find the reed relays I needed so I bought the next best thing: reed switches.

I desoldered and cut away the old terminals. The glass cracked as I expected. I put inside the new reed switch and bent its terminals. Obviously I broke the glass of this one too. Good thing that the reed switches were cheap and that I bought more.

Another reed switch and two solder joints later and the reed relay was as good as new.

Again, it had been a good thing that the reed switches were cheap as there was more than one relay that needed to be repaired.

That was the only thing that the PM5326 needed and that was two years ago. It still works fine and it was also my only counter until I bought my HP 5314A

This entry was posted in Electronics, Hardware. Bookmark the permalink.

One Response to Philips PM5326 repair

We use cookies to ensure that we give you the best experience on our website. If you continue to use this site we will assume that you are happy with it.Ok